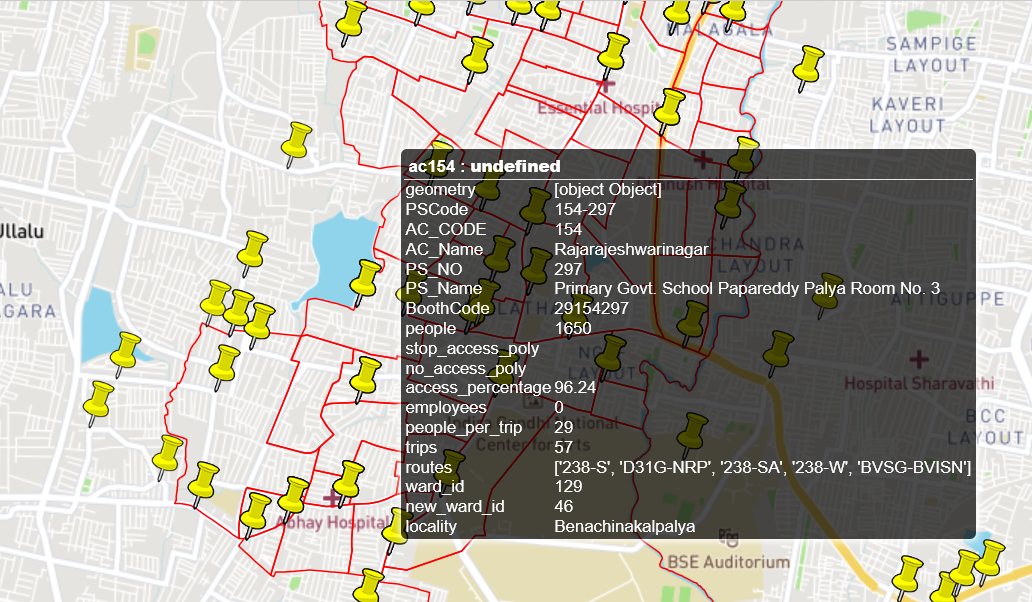 That information along with bus stop data was made public here. The data is open, and with permission and attribution to Sathya Sankaran, one of those involved in the project, we at Opencity have converted the data to kml and hosted it here. This is a brief explainer on how to work with the data and what each field is.

Each “pin” in the map is a bus stop, and clicking on it brings up information about the stop. Each bus stop has the following information. 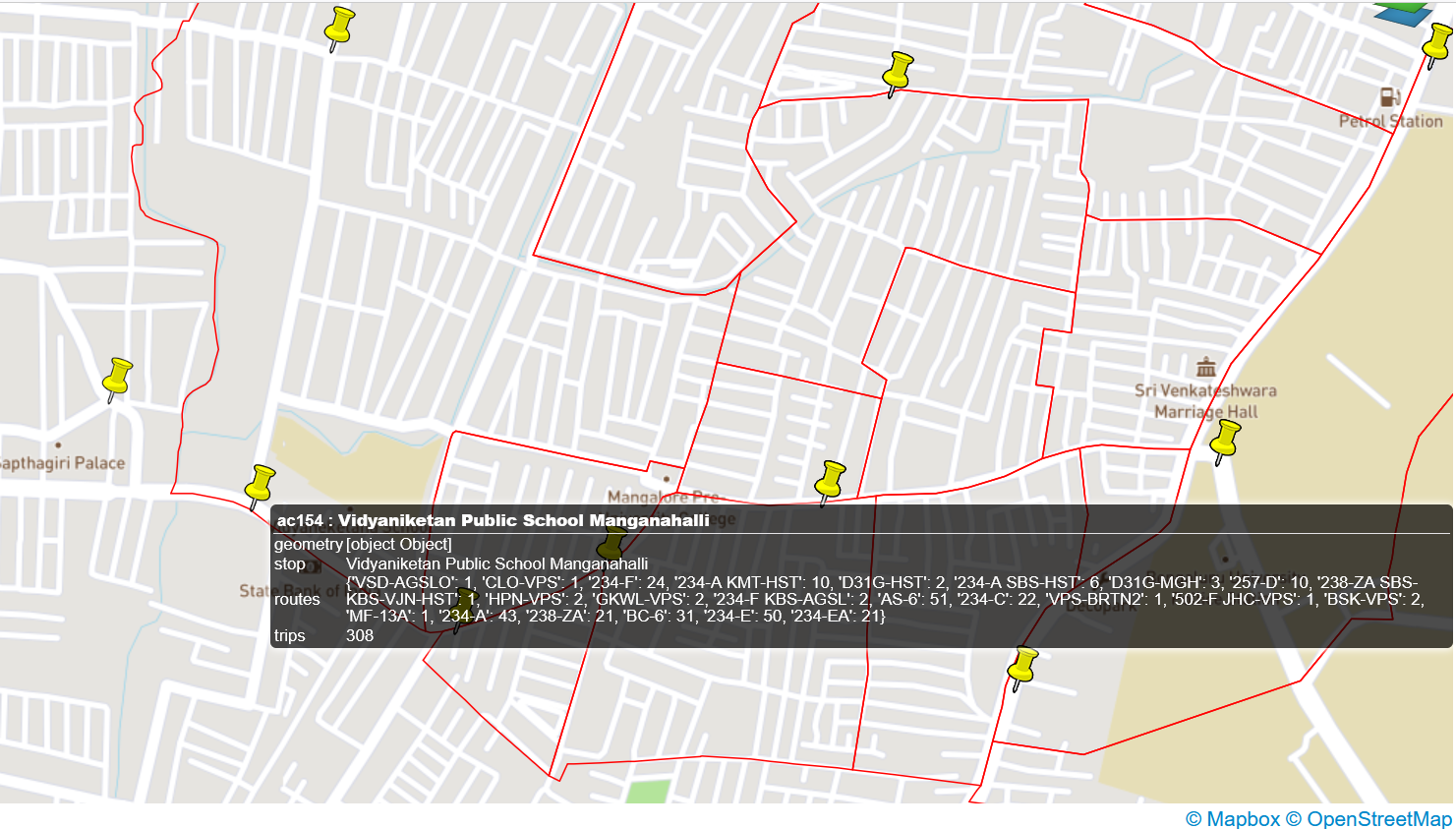 All the bus stops data have also been saved as a csv for easier reference and analysis. The data can be found here. There are close to 3000 rows in the file and each row includes the information above about the bus stops along with the latitude, longitude and the boothcode of the area to which the stop belongs. 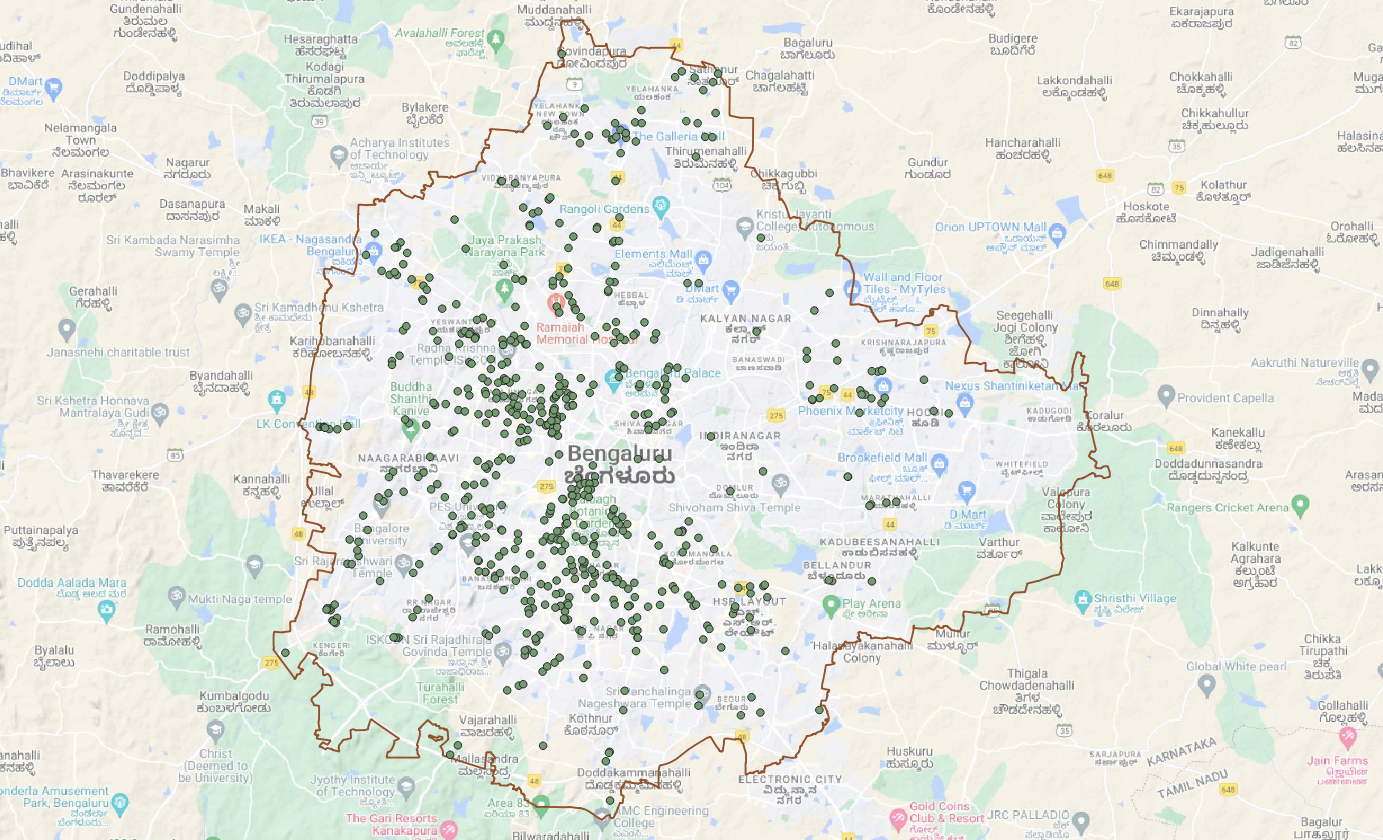 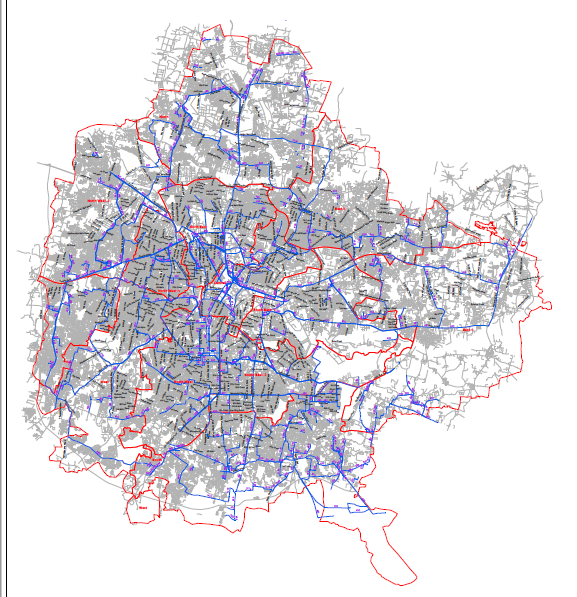 How to extract maps from pdfs