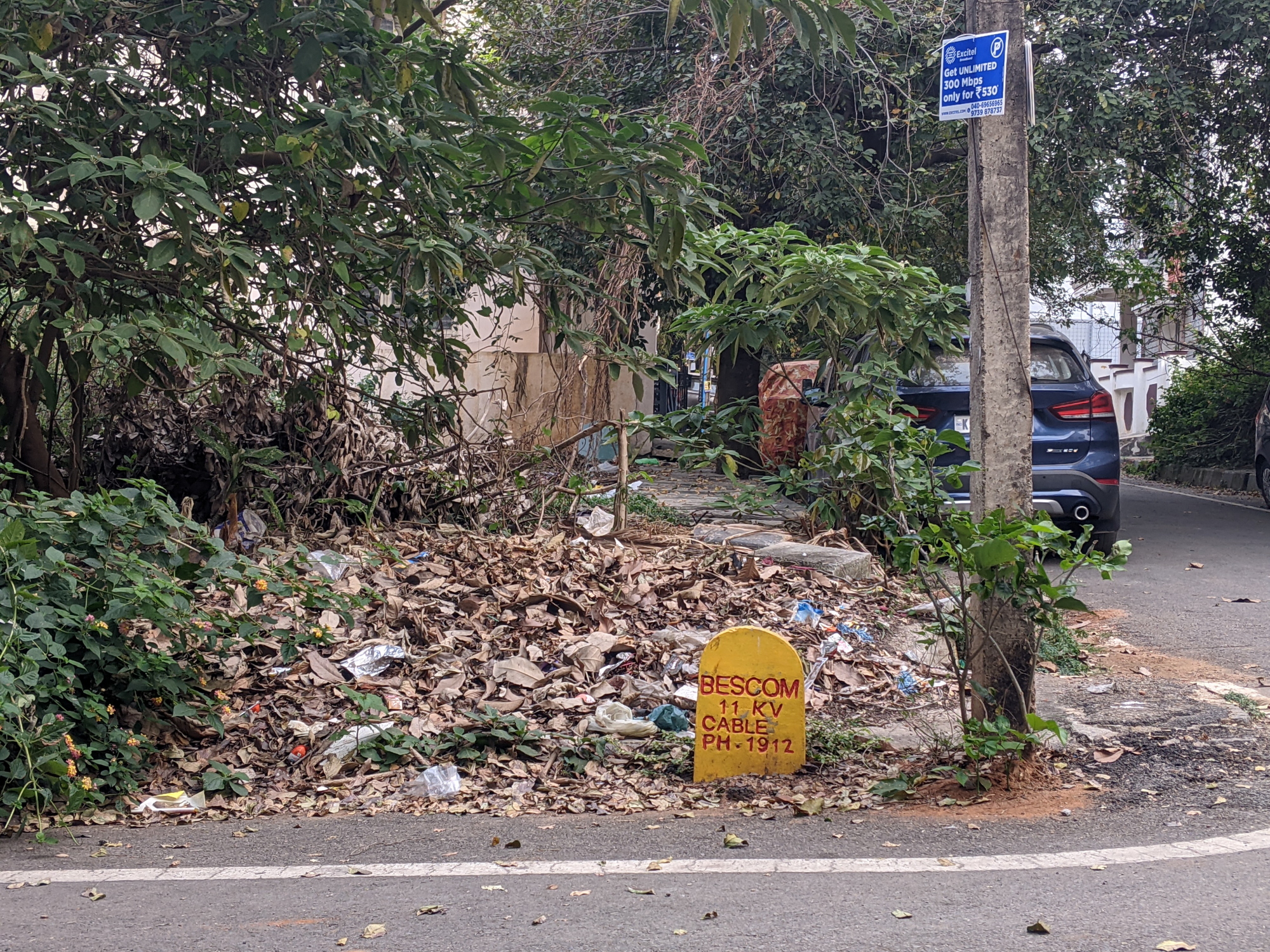 Since December 2020 BESCOM has been converting its overhead (OH) lines to underground (UG) in the case of high-tension (HT) lines, and to Aerial Bundles(AB) in the case of low-tension (LT) lines. The data available on BESCOM’s website also reflects this conversion.

Converting HT and LT lines from overhead to underground and ABs offers significant benefits to both BESCOM and the consumers. While BESCOM saves on transmission losses and having to regularly prune trees under the lines, for citizens the main benefit is in safety from accidents caused due to snapped or sagging lines.

Conversion of overhead lines in Bengaluru

While overhead cables made up close to 85% of the LT network in the city, ABs were barely 9% in March 2019. Cut to the present, while OH lines still make up the majority of the network, their share has reduced to 57%, and ABs now make up 34% of the network.

In absolute terms, ABs have more than tripled from their length of 1788 km to their present length of 6066 km, while OH lines have declined from a length of 16804 km to their current length of 10252 km. At this rate, it is quite likely that the length of ABs would go past that of OHs in a year or two at the most.

Conversion of overhead lines in other districts of BESCOM

While the conversion from overhead lines seems to be proceeding in gusto in Bengaluru Urban, rest of the districts paint a different story.

What this suggests is that while BESCOM has been busy sending existing overhead HT lines underground in Bengaluru Urban, it has also been busy adding 20,000 km of overhead lines in the other seven districts.

In the case of low-tension lines, the story is only marginally better.

The length of overhead lines has rapidly grown from 1,50,000 km to 1,62,000 km, and that of ABs has also quadrupled from a paltry to 380km to the current length of 1477 km. The UG line has also shown increase, but the main conversion in the LT network would be towards ABs. In terms of proportion, while overhead lines made up 99.5% of the LT network, this proportion has reduced by one percentage point with ABs making up 0.9% of the network.

Similar to the HT lines, while BESCOM is busy converting overhead lines to ABs in Bengaluru Urban, it has been adding more of them to the rest of the districts.

If the plan is for BESCOM to take all or most of its overhead lines underground or convert to ABs across its jurisdiction, it would make sense to add them where newer lines are being added instead of adding them as OHs and converting later. The reasons behind adding OHs in other districts while converting in Bengaluru could most likely be financial and budgetary. But, if this ensures that more areas are being electrified and getting regular power supply, there isn’t much cause to complain.